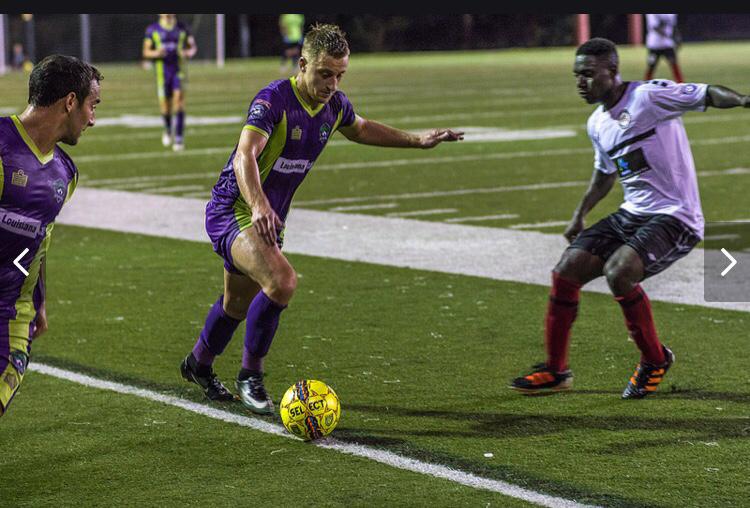 New Orleans, LA. Mason Walsh will return to play for the New Orleans Jesters for the upcoming 2021 NPSL season.  Walsh was a key member of the Jesters squad from 2014 – 2018 and is excited to play for New Orleans again as the team returns to the field.

“I’m excited to get going and start working with some of the exciting talent from overseas and locally. I believe that we will be one of the strongest teams in the NPSL. I see all the hard work that goes in behind the scenes at the Jesters and I want to show how much all the players appreciate that by bringing home some silverware this year”

Jesters head coach Kenny Farrell is also pleased to bring Walsh back to his squad,

“Mason has been a top performer for us and as one of the veterans in the group we will be expecting to see him lead some of the younger players. He has good ability and if he works hard has the potential to be one of the leading players in our conference.”

The New Orleans Jesters will play a fourteen-game NPSL regular season schedule with the first home match set for 7 PM vs AFC Mobile on Saturday, May 8 at Pan American Stadium. Season tickets, group tickets and individual game tickets are all on sale now at www.nolajesters.com.